This is my essay for this week english lesson in school :D:D

When we heard science, it’s about the invention and technology around us, which always become more and more modern. Science do have useful boons or advantages but also have some dangerous bane.

The 1st boon is Science helps us in food technology. It makes the crop cultivation becomes easier and need less space. The example is hydroponic and aeroponic crop cultivation in which they don’t use soil and even just the air in aeroponic. The biotechnology helps when we makes more variety of food. Imagine if there is no one invented that the microorganism can change the soybean into fermented soybean, tofu and soya sauce can’t either have that much variety of food so we can get bored or we don’t know how to turn it into products so we left it unused.
In the medical world, science provide us with many useful and invention. One of them is the
medical check up so that everyone can know their disease before the disease happened. Another invention is the test tube baby for women with difficulty in pregnancy. Science also have a big contribution to improve the invention of medicines so that they can cure more people with diseases which until now can’t be cured.
Science has proved us that it makes our life easier and also improving our life. It is easier because there are wheels, lever and incline to move heavy things out. There are modes of transportation like cars, plane, train, to move us and things to another part of the world faster. Things like washing machine, fridge, rice cooker, stove, and computers also helps us to do our task faster than if we do it manually. It is improving our life by using Internet to get something we would like to know and learn. Even pens, pencils and paper, which is a science products, improve our life by writing our thought in a practical way.
Whenever there are boon, there are always bane. The bane of science is the pollution they produced in cars, motorcycles, factories,etc. This pollution cause harmful diseases. The chemical produced by scientists to preserve foods as well as to give flavour to food also leaves a dangerous effect and diseases.
Without science life is much simpler and healthier. We know that the older generation breathe in clean air with no pollution and they didn’t have strange diseases like cancers, diabetes, stroke which we have now.
The nuclear disaster happened in Japan about a year ago also proved that science is bane. The nuclear leakage along with the radioactive particles affect the people in Japan and most likely they would die. And it takes a long time to fully get rid of the nuclear pollution there.
The conclusion is Science has boon and bane. It can help us in so many things, but in the other side it also cause damages and diseases. 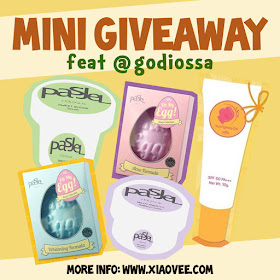